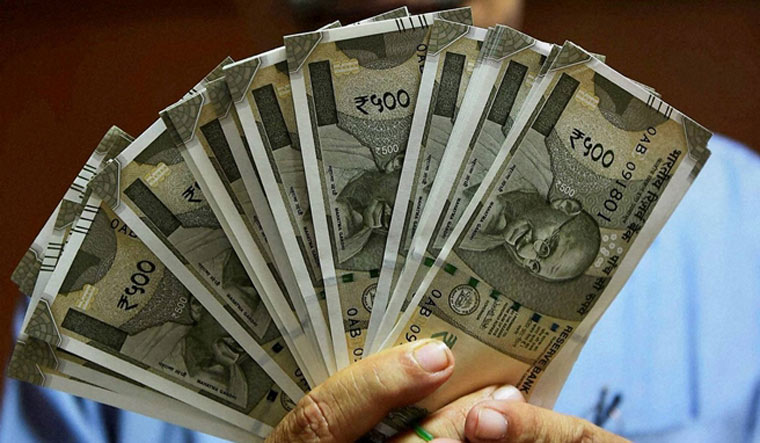 Creating a New Ecosystem for Retail with Cohesive Collaborations.

The retail industry has emerged as one of the most dynamic and fast-paced sectors with double-digit annual growth and it accounts for over 10 percent of the country’s gross domestic product (GDP) and around eight percent of the employment. Global giants such as Amazon and Walmart have been working overtime to capture a bigger share in the Indian market, but now they are facing tough competition from domestic players. After Reliance, it is the turn of another leading Indian global business conglomerate to make foreign retail players uncomfortable.

Leveraging its strengths and potentials of the Indian consumer retail, Darwin Platform Group of Companies (DPGC), with USD 6.4 billion net worth, has entered into the retail sector in India with innovative business models with a focus on creating employment, strengthening small retailers by enhancing their profit margins from existing 8-10 percent to 15 percent, and empowering Indian growers/MSMEs. According to a FICCI– Deloitte Report on the Retail sector, Consumer retail is expected to reach a size of INR 85 trillion by 2021.

The DPGC recently announced the opening of six exclusive stores in different parts of Mumbai and with ambitious all-India plans, DP Retail- the retail arm of the DPGC is now all set to generate a new cycle of innovations in the Indian retail sector. The big announcement was immediately followed by an international tie-up. The partnerships are aimed at creating a new ecosystem for the retail sector. For retailing and sourcing in India and the Middle East, DP Retail joined hands with UAE’s retail giant Jan Bros last month (February 2021). This cohesive collaboration comes up with a win-win situation for both companies.

DP Retail is yet another innovative initiative by the DPGC led by its Chairman and Managing Director Ajay Harinath Singh- The Prince of Sultanpur and the descendent of the Ikshvaku clan. He comes from Lava (The Son of Lord Rama) lineage. Lava belongs to the Ishkavaku clan or Suryavanshi Dynasty of Kshatriya in ancient India and Ajay Harinath Singh’s caste – Suryavanshi claims their descent from Lava. With a glorious lineage, Ajay Harinath Singh is passionate about nation-building through strong and innovative models to create wealth. With Wealth Creation for Nation Building as Core Value, the ultimate aim of DPGC’s initiatives and innovations is to boost the economy.

“For Retail, we have joined hands with Jan Bros, which is a 94 years old UAE-based company with operations in many countries with 2500 product merchandise, to enhance their presence in India and provide product sourcing support. In collaboration with Jan Bros, we plan to invest Rs 100 crore to put up two joint manufacturing units also. Manufacturing units will come up in Maharashtra and Gujarat,” says Ajay Harinath Singh.

DP Retail aims to provide direct and indirect employment to over 25,000 young workforces in the next financial year. The proposed manufacturing units, with over 1 million/ month production, processing, and packaging capacity would strengthen DP Retail’s supply chain.

To create a robust ecosystem for the retail sector, DPGC realised the catalysing role of academic and professional education and training for the young. Along with a partnership with Jan Bros, DPGC also signed an agreement (MoU) with UAE Education Group Westford to set two campuses of Liverpool John Moores University (UK) in Mumbai and Tuticorin. Along with various professional courses, these two campuses would also have a comprehensive programme for Retail Education.

“Retail Education will turn around the way India meets its talent, skills, and expertise requirements for new age retailing. Trained with international standards, the young professionals will be employed by the Darwin Group. With this arrangement, DP Retail and Jan Bros would meet the requirements of young and highly trained professionals, resource,” Ajay Harinath Singh elaborates.

“Besides our self-owned outlets, we are connecting with existing retailers with nearly 250- 500 sq feet for a franchise-based business model. So far, we have received more than 1,000 requests from existing shop owners. We are very encouraged with the response and vetting those proposals,” he adds.

DP Retail’s megastores will have nearly 2500 sq ft area whereas smaller ones will be spread over 500-600 square feet area. In a metro like Mumbai, Malls are located at an average distance of four kilometers and there are thousands of small shops and Kirana stores from one Mall to another. DP Retail would come out with at least two stores in a one-kilometer radius and provide a new-age super mall experience to its customers.

DPGC being a tech-enabled company would leverage its strengths in retail also and with the support of IT tools such as Artificial Intelligence and Machine, DP Retail would ensure that its customers get quality products of their choice at a competitive price. Its operations will be an amalgamation of both offline and online operations.

“Apart from investments in setting up mega stores and two manufacturing units, we would also invest Rs. 100 crore (US$ 13.51 million) towards market penetration across the omnichannel retail business, including the extension of offline experience beyond metro cities with new retail partnerships through its innovative franchise model. We would leverage our PAN India presence with food, health, wellness, and other products (except fashion items). We would also focus on traditional and ethnic products, hence, a customer in Mumbai can have ethnic food items from any part of the country,” says the DPGC Chief.

Established in 1996, the DPGC’s net worth today is USD 6.4 billion and it has 21 associates companies. The Group has now entered into the Retail Sector with an innovative business model. With mantras of Atmanirbhar Bharat-triggered Make in India and Vocal for local, the Group has realized the potential of Indian growers, MSMEs, and skills and is all set to leverage these strengths of the market.