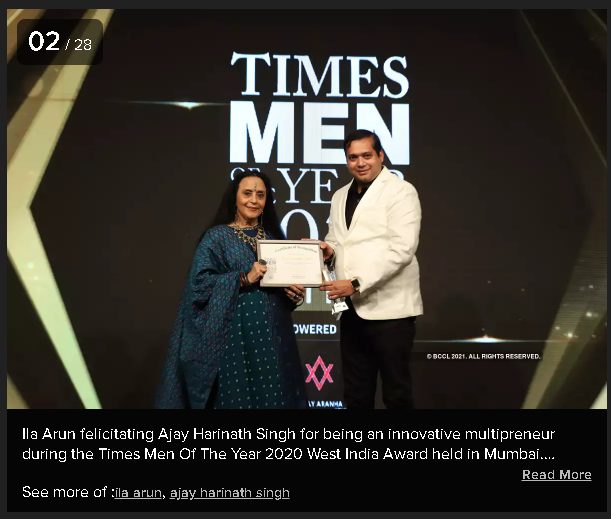 Given the rising consumerism, especially in cities like Mumbai and Delhi, Darwin Platform Group Of Companies (DPGC), a leading global business conglomerate, has announced its foray into the retail sector with six exclusive stores in different parts of Mumbai. DP Retail-a subsidiary of DPGC-is all set to provide a new-age shopping experience to customers at its exclusive stores. The company plans to open nearly 100 showrooms across the country in the next six months.

The first self-owned executive megastore of DP Retail will open in Bhandup, Mumbai and will be spread over 2500 sq. ft. will come up at Goregaon, Andheri, Jogeshwari, Sion and Worli. All these self-owned stores will be operational by the end of this financial year. Mumbai will be followed by Delhi soon.

DP Retail is yet another initiative by DPGC, led by its Chairman and Managing Director Ajay Harinath Singh - the prince of Sultanpur, a Raghuvanshi, who is the direct bloodline and the descendent of Lord Rama's son Lava. With a glorious lineage, Ajay Harinath Singh is passionate about nation-building through strong and innovative models. The aim of DPGC's business in India is to boost the economy. He was recently honored with the Times Men of the Year 2020 award for being an 'Innovative Multipreneur'.

"The retail industry has emerged as one of the most dynamic and fast-placed sectors with double-digit annual growth and it accounts for over 10 per cent of the country's gross domestic product (GDP) and around eight per cent of the employment. India is the world's fifth-largest global destination in the retail space. With DP Retail, countrywide network to cater to the rising consumer demand," says Singh. "DP Retail will be investing over ₹ 1000 crore in the next financial year (2021-22) and will also bring in foreign direct investments. Initially, the company will focus on offline scales, and being a tech-enabled company, it will also strengthen its presence in the industry through digital disruptions, "he says.

The company plans to start with a robust strategy for market penetration across the omnichannel retail business, including the extension of its offline experience beyond metro cities

A Slice of the retail pie

The company plans to start with a robust strategy for market penetration across the omnichannel retail business, including the extension of offline experience beyond metro cities with new retail partnerships through its franchise model.

Established in 1996, DPGC has a net worth of $6.4 billion and it has 21 associate companies. Over the years, the group has made rapid progress in several sectors including finance, banking, healthcare, aviatronics, energy, mass media, IT and now retail.